Intel SGX is a hardware-based trusted execution environment (TEE), which enables an application to compute on confidential data in a secure enclave. SGX assumes a powerful threat model, in which only the CPU itself is trusted; anything else is untrusted, including the memory, firmware, system software, etc. An enclave interacts with its host application through an exposed, enclave-specific, (usually) bi-directional interface. This interface is the main attack surface of the enclave. The attacker can invoke the interface in any order and inputs. It is thus imperative to secure it through careful design and defensive programming.

In this work, we systematically analyze the attack models against the enclave untrusted interfaces and summarized them into the COIN attacks – Concurrent, Order, Inputs, and Nested. Together, these four models allow the attacker to invoke the enclave interface in any order with arbitrary inputs, including from multiple threads. We then build an extensible framework to test an enclave in the presence of COIN attacks with instruction emulation and concolic execution. We evaluated ten popular open-source SGX projects using eight vulnerability detection policies that cover information leaks, control-flow hijackings, and memory vulnerabilities. We found 52 vulnerabilities. In one case, we discovered an information leak that could reliably dump the entire enclave memory by manipulating the inputs. Our evaluation highlights the necessity of extensively testing an enclave before its deployment.

To find vulnerabilities of SGX applications in four models:

The design of COIN: 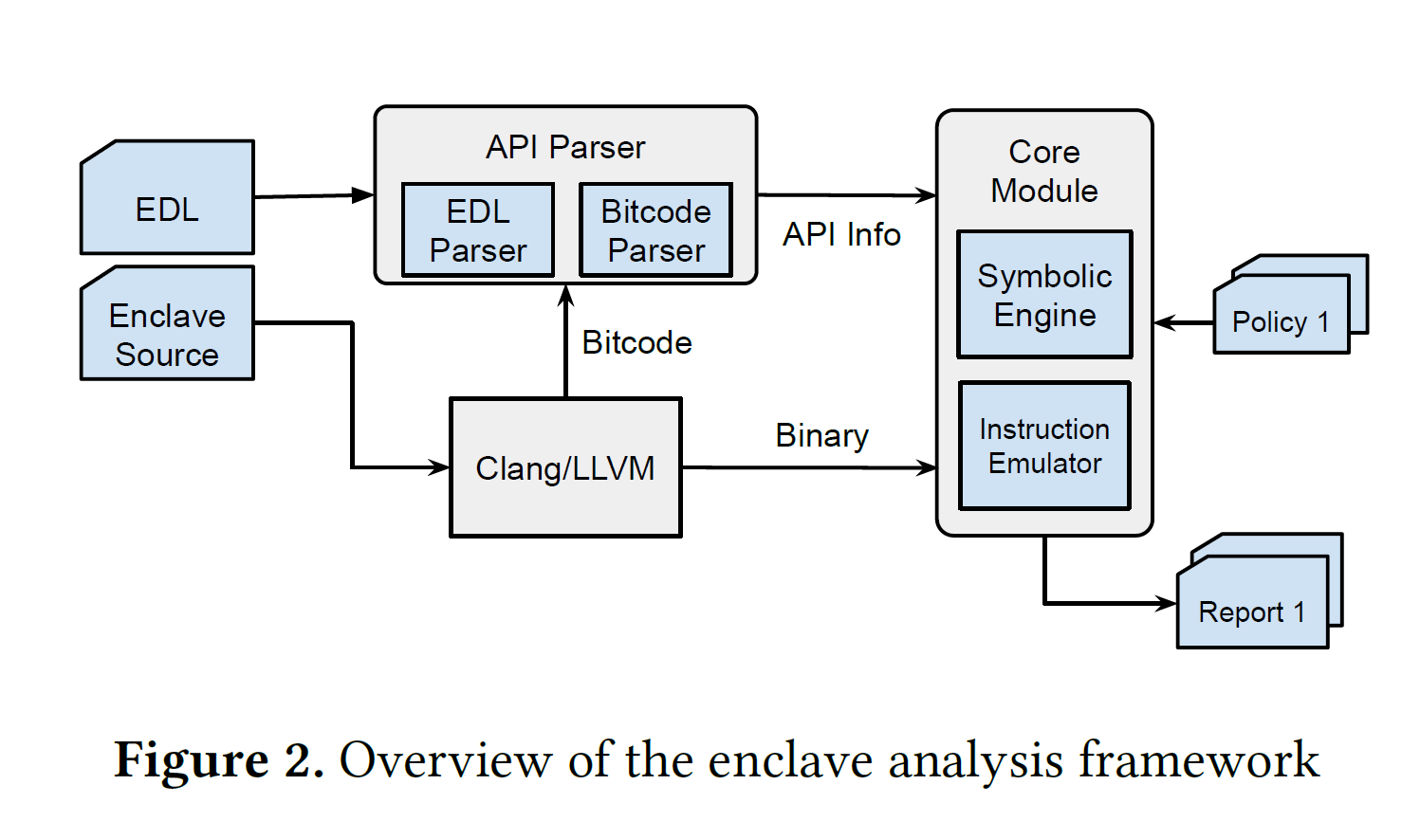 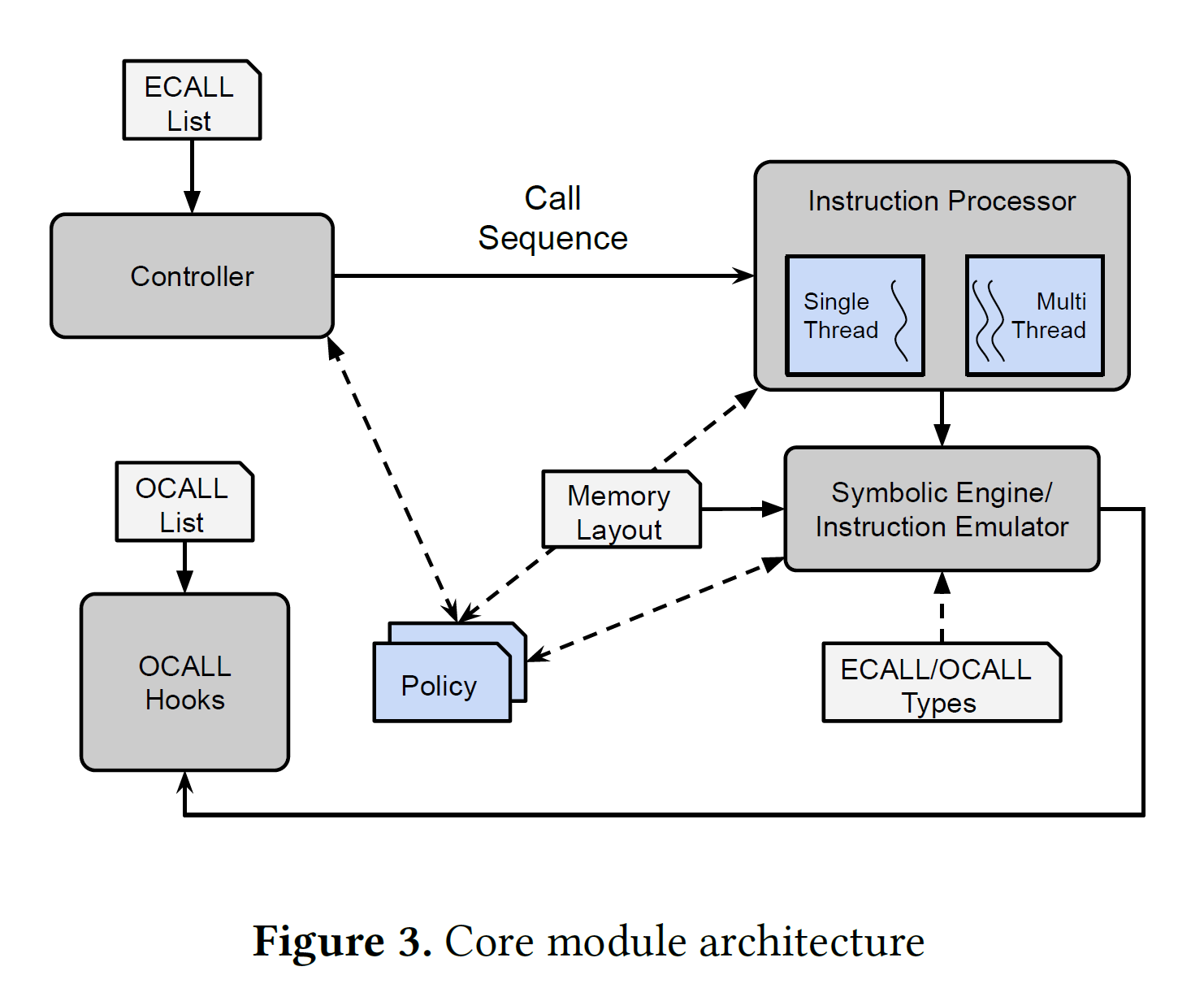 Traditional TrustZone OSes and Applications is not easy to fuzz because they cannot be instrumented or modified easily in the original hardware environment. So to emulate them for fuzzing purpose.

Emulations works well. For upgraded TZOSes, only a few efforts are needed for compatibility.

Just like the previous paper, the main causes of the crashes can be attributed to: